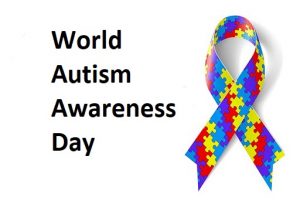 The above-stated resolution highlights that the global leadership united at the UN platform is aware that autism is one of the most important disorders that the new generation is experiencing. Due to Autism, many adolescents lose the chances of development quickly after they enter the world because autism symptoms appear during the first three months of a child’s life. They fall behind their age-fellows and start struggling with their disorder instead of moving forward and exploring their potential. The United Nations is determined to help the children affected by ASD so that they would be able to meet their economic challenges and live a life of dignity. The World Health Organization (WHO) website reveals that every 160th child in the world has an Autism Spectrum Disorder (ASD). The global leaders do not undermine the severity of the ASD issue and they have planned to eliminate this problem by 2030. This is the reason that they have designated World Autism Awareness Day to remember the problems created by the disorder. Moreover, the UN has added the fight against autism into its Sustainable Development Goals (SDGs) list. SDGs are supposed to be completed by 2030 which means that we have 10 years left to meet the set target. Apart from that, the World Health Organization (WHO) also adopted a resolution on autism in 2014. The resolution WHA67.8 was adopted by the 67th World Health Assembly and it was endorsed by above 60 countries of the world. WHO has planned to strengthen the abilities of countries with the purpose to promote the optimal health and well-being of all people with Autism Spectrum Disorder (ASD). It means that every person in the world suffering from ASD is the target of the WHO and the organization aspires to help him/her in overcoming the disorder to live a normal life. The process would be carried out by spreading awareness among the masses about the autism disorder and enhancing research to explore its more viable treatment. The World Health Assembly declared that the people suffering from ASD would not be left alone and the organization would do its best to help the UNO in eliminating the autism disorder by 2030.

“Inclusive Quality Education for All” is the theme for the current year 2022 of World Autism Awareness Day. This theme is basically linked with the last year’s observation of this day WAAD “Inclusion in the Workplace”.

This theme emphasized that people with autism spectrum have also the right to achieve quality education like normal people. Modern education can help them to stand shoulder by shoulder with other people. The stakeholders must create such an environment of quality education for these people.

Turn blue on Autism Awareness Day, as blue is the symbolic color for the disorder of autism. Wear ribbons of blue color to show your support with the patients of autism.

World Autism Awareness Day is not a public holiday anywhere in the world although certain segments of the global population participate in some activities to celebrate autism awareness day. Conferences are held at the UN headquarters, universities, colleges, the WHO office(s), UNESCO office(s), and different NGOs offices. Moreover, public awareness programs are arranged on TV, Radio, and Social Media platforms like live streaming on Facebook/Youtube.

What is Autism Spectrum Disorder (ASD)?

What are Autism Awareness Meanings?

Autism is a pervasive developmental disorder that appears in early childhood and affects all aspects of a child’s development like mental, behavioral, and physical development. The Autism Society of America website defines Autism as a complex and lifelong developmental disability that typically appears during early childhood and can impact a person’s social skills like communication, relationships, and also self-regulation. Leo Kanner is credited with characterizing autism as a social and emotional disorder that he did in 1943 although the study about autism began the early 1910s and 1920s. Initially, it was believed that autism has only one kind and other disorders like Asperger’s syndrome and Kanner’s syndrome were thought of as distinct disorder classes with independent diagnoses, but now they all are discussed together under the term Autism Spectrum Disorder (ASD). A group of pervasive neurodevelopmental disorders that involve moderately to severely disturbed functioning in regard to social skills and socialization is called Autism Spectrum Disorder (ASD). The official website of the World Health Organization defines ASD in the following words: “Autism spectrum disorder (ASD) refers to a range of conditions characterized by some degree of impaired social behavior, communication and language, and a narrow range of interests and activities that are both unique to the individual and carried out repetitively”. Generally, autism appears in children and many studies done in the USA and abroad reveal that male children are more vulnerable to this disorder (Halladay, Alycia. N.p.). The ratio of patients affected by autism between two sexes is 4:1 which is an apparent wide gap between male and female children. It is one of the disorders that developed during the modern era on a large scale. It is reported that it was a rare disorder two decades like only one child in a thousand was affected by this disorder, but currently, every 88th child in the USA has ASD. Studies reveal that the prevalence of Autism in US adolescents increased by 119.4% in the last two decades. This is an alarming situation because hundreds of thousands of children are detected with this disorder every year. The Autism Society of America was founded in 1965 to improve the lives of the people affected by autism and offer them a new chance to live a better life.

Eugen Bleuler uses the term Autism while describing the symptoms of schizophrenia in 1911. Then, Electroconvulsive therapy was developed to treat patients of Autism during the 1920s. Later on, an Austrian-American psychiatrist and physician Leo Kanner described Autism in 1943 and defined it as a psychiatric condition of children. It was a kind of a specialty of children for Kanner and he also claimed that it is a profound emotional disturbance that has no effect upon the cognition of children (Gerdts, Jennifer, and Raphael Bernier. N.p.). He kept insisting on the idea that it is not a mental disorder rather an emotional state of children that causes schizophrenia. The following psychiatrists like Bruno Bettelheim also followed the idea about the disorder and attempted to identify the reasons for this emotional state in children. Bettelheim claimed that autism is rooted in cold and unemotional mothers. Bruno defined those mothers as “refrigerator mothers” during the 1950s. The research developed during the 1960s and 1970s and the analysts found that autism has biological underpinnings and it is rooted in brain development. Research studies began and books started publishing with the title Diagnostic and Statistical Manual of Mental Disorders (DSM) by the collective struggle of researchers. According to the DSM-III, Autism was categorized separately from schizophrenia when the scholars described it as a “pervasive developmental disorder” in 1980. Thus, proper research began on Autism and three essential features of Autism were defined that appear in the first 30 months of a child’s life. Those three features include (i) severe impairments in and communication, (ii) a lack of interest in people, and (iii) bizarre responses to the environment. Further, a revised edition of the DMS-III appeared in 1987 where autism criteria were altered. It is also called “triad of impairments”. The concept of autism was broadened and a new concept was added under the umbrella term of Autism: pervasive developmental disorder-not otherwise specified (PDD-NOS). The defined age of diagnosing patients was also reduced from 30 months to 20 months. Symptoms of autism in children were identified and defined which would be followed by more research and the establishment of diagnostic techniques. Autism was not presented as a spectrum of conditions until 1994 in the DSM-IV which was further revised in 2000. Five conditions with distinct features were listed after autism was defined as a spectrum. These five conditions are named as: (i) Autism, (ii) PDD-NOS, (iii) Asperger’s Disorder, (iv) Childhood Disintegrative Disorder (CDD), and (v) Rett Syndrome. The latest development in defining Autism appeared during the 1990s when three areas of development were defined that are vulnerable to this disorder: “triad of impairments”.

The diagnosis process of Autism is highly influenced by historical development in defining the disorder. It was considered, as noted above, an emotional state that had a relationship with moods not the cognition of a child. Simple therapies were used to treat children suffering from Autism during the 1920s. Electroconvulsive therapy (ECT) is the earliest known therapy that was used to treat patients of Autism. This therapy was used to treat schizophrenia and bipolar disorders of patients. It was a kind of painful therapy because patients were treated using small electric shocks. Diet was considered one of the chief causes of autism during the 1920s therefore toxic diet was taken out from the diet plan of children. When Kanner defined the disorder as a social and emotional disorder, the approach to treat the patients of autism changed. Speech therapies were used to treat affected children during the 1940s. Again, the therapies to treat the patients were not very human-friendly like Aversive Punishment therapy. This therapy was employed because the psychiatrists assumed that autism was a behavioral disorder that could be fixed by aversive punishment. The patient child was placed in time out when he misbehaved. It was assumed that the child would abandon the wrong behavior if he/she receives punishment after every repetition of that wrong behavior. Shock-Therapy was a very common therapy to treat this disorder until during the 1970s because the disorder was not defined truly. A French physician Guy Bérard introduced Auditory Integration Training (AIT) therapy in 1978, but this therapy took more than a decade to become famous among the masses. Bérard argued that autism appears in a child who is hypersensitive to sound and he/she can be cured by making him/her used to multiple sounds. Children were given half-hour sessions over multiple days where random collections of sounds were poured into their ears  (Lai, Meng-Chuan, N.p.). This theory was accepted because autism was then considered a biological condition after Susan Folstein and Sir Michael Rutter defined it like that in 1977. Finally, the autism spectrum was defined during the 1990s and Psychopharmacological therapies came to assist the children suffering from autism spectrum where a variety of medicines is used to treat different kinds of autism disorders. Applied Behavior Analysis (ABA) is one of the latest therapies to treat patients with autism and it is considered the most reliable option currently. It was introduced by a psychologist from the University of California Los Angeles Ivar Lovaas in 1987. He wrote an article Behavioral Treatment and Normal Educational and Intellectual Functioning in Young Autistic Children (1987) where this term was coined. A research study was done to evaluate the therapy introduced by Lovaas where some children who were suffering from Autism received ABA therapies forty hours a week. The researchers were surprised to know the results because 90% of the children showed remarkable improvement in symptoms. This is the reason that this therapy is considered the gold standard behavioral treatment of adolescent patients.