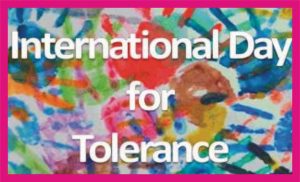 “Tolerance is respect, acceptance, and appreciation of the rich diversity of our world’s cultures, our forms of expression and ways of being human.”

This is the basic theme of International Tolerance Day.

One of the core objectives of the United Nations is to build up tolerance among the cultures and peoples. Now-a-days, rising violence in societies has increased the core importance of tolerance.
Tolerance is respect for other’s rights and freedom. Tolerance is not only a moral duty but also a requirement of the present era. States should legislate for equality and basic human rights for the promotion of tolerance and non-violence. Education is an important tool to pave the path for these desired results.

The brief history of  International Tolerance Day is as under,

In 1993, at the initiative of UNESCO, United Nations proclaimed 1995 as “The Year for Tolerance”.
UNESCO’s 1995 Declaration of Principles on Tolerance was,
“Tolerance is respect, acceptance, and appreciation of the rich diversity of our world’s cultures, our forms of expression and ways of being human.”
This declaration initiated the General Assembly of the United Nations for the proclamation of Tolerance Day.
One year later, in 1996, the UN General Assembly prescribed all The Member States to celebrate 16, November as International Day for Tolerance. The chosen date of 16, November also celebrates the adoption anniversary of the above Declaration.
For the promotion of Tolerance and Non-Violence, UNESCO created “The UNESCO-Madanjeet Singh Prize” with an amount of US $100000 in 1995. The prize is awarded every two years to individuals or organizations at International Tolerance Day. The 2018 winners of this prize were Manon Barbeau (a Canadian filmmaker) and “The Coexist Initiative” (a non-profit organization of Kenya).

International Tolerance Day produces awareness about the harmful effects of intolerance and discrimination in society. Tolerance Day celebrations and activities involve the acts to abolish hates and enmities in societies. At an individual level, these acts can be treated by training sessions at multiple levels and by the usage of electronic, print and social media.

We should acknowledge that the diverse opinions and points of view upon beliefs, race, politics, and geography are the colors of mixed communities. It is time to understand that the variety of human behaviors, the world’s cultures, and fundamental freedom make the world more beautiful.

Tolerance Day Celebrations may also include the following ideas,

International Tolerance Day is a precious time for people to minimize the hate and discrimination among societies. Injustice, discrimination, and violence are common forms of intolerance.
Tolerance day exposes the harmful effects of intolerance and discrimination in society. Tolerance is respect for other people’s rights and freedom. To be tolerant is not only the moral duty of a civilized human and society but also a requirement for a peaceful and friendly environment. The element of tolerance from basic to international level is a symptom of peace and prosperity for humans and states.
States should legislate for equality and basic human rights for the promotion of tolerance and non-violence. Education is an important tool to pave the path for these desired results.
A cool and calm society is the aim of this day. We should also play our role through print and social media for the respect and adoption of tolerance and the basic human rights of other people.
Tolerance is an amazing tool that can help people of diverse religions and cultures to live together harmoniously and peacefully.
Tolerance in its very sense is a liability that provokes social acceptance not only in terms of rituals and traditions but also in the spiritual hierarchy of every religion. Ultimately what happens has long-lasting and ever-continuing consequences as when it comes to extremism and more candidly religious extremism, one thing that lacks is only tolerance.
Tolerance has brought an individual out of the nut-shell of cynicism and thus the centuries struggling humanism on utilitarian grounds, where every single person is responsible for other’s welfare and a human bond of trust and reliance if implemented properly, throws away the thoughts of rivalry and exploitation. 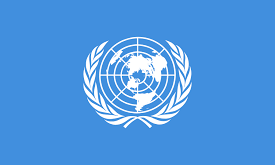 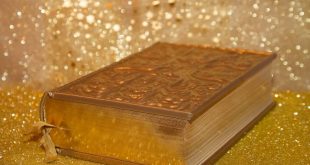