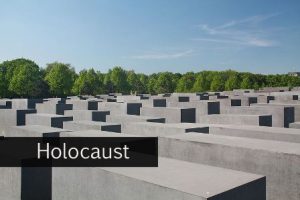 International Day of Commemoration in Memory of the Victims of the Holocaust 2020 will be on Monday, January 27, 2020.

This Day is celebrated on 27th January since 2006 after the United Nations General Assembly passed a resolutions to do so on the 60th anniversary of release of Jews from the Nazi concentration and death camp Auschwitz-Birkenau in Poland who had been arrested and tortured during the 1930s and 1940s till 1945 when the Soviet Union invaded Germany and dismantled Concentration and Death Camps.

In the current year 2020 this International Day follows the theme

The day is commemorated with respect for the Holocaust survivors throughout the world whereas the regions like North America, Europe, and Israel mark this as an international day to commemorate the Jewish people who experienced one of the cruelest tortures humanity has ever experienced. Yom e HaShoah, a day to mourn the victims of the Holocaust is celebrated in Israel on this day. Moreover, as mentioned above, the UN has also added this day to its list of International Days which are attributed to different events throughout the year. Apart from that, public ceremonies are held in schools, NGOs Offices, and some Public offices to commemorate the Holocaust Survivors and to recall what kind of inhumane acts human beings can commit if we allow the people with extremist values and ideologies to assume power. Public ceremonies are held and the speakers either recall their experiences being victims of the terrible Holocaust or they argue on the ways we can save humanity from another Holocaust.

The Holocaust is also called Shoah (Shoa) which refers to the organized ethnic cleansing of Jews in Germany and Poland. Adolf Hitler assumed power in Germany on January 30, 1933, and thus started the persecution of Jews. They were arrested under different charges like disability, homosexuality, and politico-religious disagreement with the German regime, Soviet association, and Polish ethnicity. In fact, they all were Jews and the German regime used different tactics to arrest and hold them into places more horrible than prisons called Concentration Camps. Many concentration camps were created with names like Auschwitz-Birkenau, Belzec, Bergen-Belsen, Buchenwald, Chelmno, Dachau, Ebensee, and Flossenbürg. Auschwitz-Birkenau was assumed as the most horrible camp of all. Reports reveal that more than a million Jews succumbed to death in this camp before the Soviets dismantled it on January 27, 1945, in German-occupied Poland. The UN also associated the date of the day to the dismantling of Auschwitz-Birkenau. The Times of Israel published the article written by Joshua Davidovich on January 22, 2020, which reveals that approximately 6 million Jews were consumed by the Holocaust. German Nazi Chancellor Adolf Hitler was defeated by Soviets in 1945 and he committed suicide on April 30, 1945, in his underground bunker after learning about the death of Italian Fascist leader Benito Mussolini who was killed by Firing Squad on April 28, 1945. Nazi Germany was captured by the Allied Forces and the United Nations Organization was formed on October 24, 1945, to decrease the anarchy which was penetrating the international structure. The world leaders showed intentions to reach a world order where no one would be punished or persecuted on the basis of his/her ethnicity, sexual association, political ideology, or religion.

The 60th anniversary of the liberation of the concentration camps was commemorated by the UN on January 24, 2005. The happening of the Holocaust was also denied before this year because people used to think that to remember such painful experiences by a community would increase the pain of the victims and their descendants. The UN General Assembly rejected such denials and suggested that we should commemorate the incident so the coming generations can learn the consequences of supporting an extremist person or group of people to reach power. The UNGA adopted a resolution on November 1, 2005, which would encourage people to commemorate the victims of the Holocaust and learn what shameful acts their ascendants were experiencing during the Great Wars especially WW-II. The first International Day of Commemoration in Memory of the Victims of the Holocaust was celebrated on January 27, 2006, under the resolution adopted by the UNGA.

The United Nations has a proper platform to commemorate the survivors of the Holocaust with the title “Holocaust and the United Nations Outreach Programme” which have four elements on a solid black background as the symbols. “Remembrance and Beyond” are the two symbols depicted in white color as two symbols. The globe centered on the North Pole surrounded by two olive branches is projected as the UN symbols.

A piece of barbed wire which ends in the form of two white roses is projected as two other elements. The concentration camps, the loss of Jewish people’s freedom, and the sufferings they experienced along with many other groups are represented by the barbed wires whereas the peace, freedom, and remembrance are represented by the roses. Some scholars also argue that these roses refer to a non-violent resistance movement that was active in Germany from June 1942 till February 1943.

The white rose symbolizes the investigation, remembrance, and prevention of genocide in the United States and the United Kingdom. Rose is a beautiful flower and it has its glamor in almost every society, but it appears in pain when it is colorless (white).

A report published by BBC News on November 24, 2019, reveals that China also has concentration camps like Germany called “schools” in Xinjiang province where Uighur Muslims are kept and reeducated. The Chinese authorities decline such accusations and claims that the ‘schools’ running China are not similar to Nazi concentration camps and the purpose of these schools is to help the Chinese to learn a harmonious social system which will help them to live integrated. John Sudworth, a BBC News reporter, visited one of Chinese “re-education schools” and he was presented captured people living lively and busy in productive activities like painting, dance, study, and sports. Some people who somehow escaped the ‘schools’ claim that the authorities misled the reporters as they have detained the people pretending ‘happy’ in the camps whereas real concentration camps formed by the authorities were kept secret. Since the actual Chinese “re-education schools” are still a mystery where people with serious crimes (of not obeying the government) are sent to, we are not sure if the Chinese ‘schools’ are similar to or more terrible than the Nazi camps, but, surely, Chinese authorities detain ethnic and religious minorities against their will as was the business of the Nazi authorities. 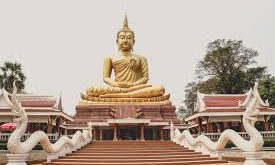 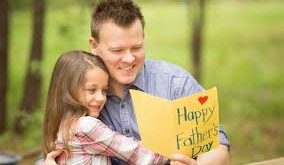 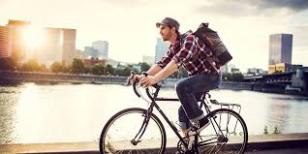 Powered by WordPress | Designed by TieLabsthemetf
© Copyright 2020, All Rights Reserved