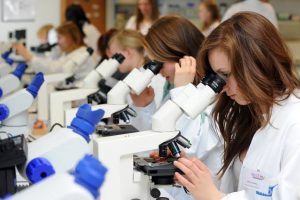 According to the UN Resolution A/RES/70/212 adopted by the United Nations General Assembly on 22 December 2015, the 11th of February will be celebrated as an International Day of Women and Girls in Science every year.

The mentioned UN resolution reveals that this day has been awarded to women in the recognition of their contributions in the development of the world despite the limited opportunities they are exposed to in life. Moreover, the day encourages women and girls to learn advanced knowledge and the latest skills to participate actively in the field of Science and technology.

This day has been decided under the light of the Resolution 70/1 that was adopted on 25 September 2015 with the title “Transforming our World: the 2030 Agenda for Sustainable Development” to achieve the goal of having a world which is based upon the principles of justice and civil liberty for all. The UN has set Millennium Development Goals and it seeks a developed integrated world where everyone has access to global opportunities no matter which gender or ethnicity he/she is having.

Imporance of International Day of Women and Girls in Science

The Women’s Rights activists who demand women’s rights equal to men and their arguments were in the context when the UN adopted Resolution A/RES/70/212. The world is divided into many regions where many ethnicities and groups of people reside. These regions have different people and different socio-economic state of people: some rich and the other poor. Inter-state relationships also have dilemmas due to the unequal economic status. All such realities about the world are true but one other reality is also undeniable that one segment of the human race has continuously been facing segregation on the basis of gender no matter what part of the country it is residing in. The mentioned segregated segment is womankind. Women are sidelined by the patriarchal masters of their society and they are denied active participation in the functioning of society.

The Women’s Rights activists identified the following tactics that are used in traditional social culture to subjugate women. First, they claim that women are denied active participation in socio-economic and political functions of society by their men and when they agree to this, they are subjugated by their men with the claim that they are a burden on the shoulders of men so they should obey their patrons. 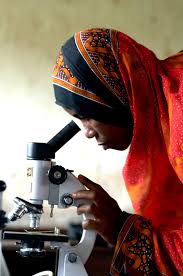 Apart from that, women were denied scientific education, Mathematics, and technical skills with a mythical logic that women are not good at such fields of study and they should study only Humanities disciplines like literature, sociology, and psychology, etc. According to the official website of the United Nation, less than 30% of researchers worldwide are women even after the world has entered the 4th Industrial Revolution. Moreover, only 30% of all female students select STEM-related fields in higher education according to the data collected by UNESCO. The official website of the UNO also reveals that female students’ enrollment in ICT is particularly lower than 4% and it is around 5% in other disciplines like natural science, mathematics, and statistics. Women enrollment in disciplines like engineering, manufacturing, and construction is around 8% that is equally disappointing.
All such facts were in the view of the global leaders who decided to allocate a day to end this injustice with half of the population in possible minimum time.

Purpose of International Day of Women and Girls in Science

11 February is observed as an International Day of Women and Girls in Science to remember that half of the human population is still struggling with basic human rights and the world cannot move forward until basic equal rights are awarded to womankind.

“International Day of Women and Girls in Science” obliges us to reconsider our approach to deal with women of our society and fix the issues if we still support injustice intentionally or unintentionally. The international community that participates in celebrating this day aspires to support the women who are suffering and lagging behind due to the mentioned kinds of social injustice. The international community solemnizes to help these women to have full and easy access to education and career opportunities where they would be able to use their full potential for the development of the world.
Public ceremonies are arranged by governmental, non-governmental, and intergovernmental institutions to reiterate that access to education and career opportunities equal to men is the basic right of women and they should not be denied this access using lame excuses or nonsense myths. A ceremony is also observed in the General Assembly Hall of the United Nations office. The UN has assigned the responsibility of celebrating this day to UNESCO and UN-Women. These sub-branches of the UN collaborate with other institutions and civil society to observe the day in full spirit. 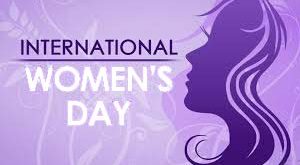 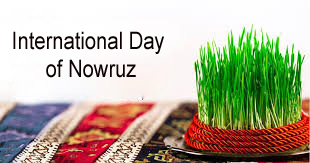