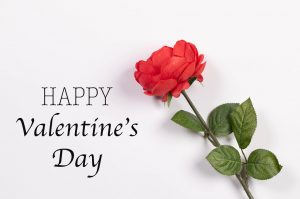 Valentine’s Day or Saint Valentine’s Day is celebrated on February 14 every year when lovers express their affection with greetings and offering gifts to each other. Heart-shaped outline, doves, and the figure of the winged Cupid are used as Valentine’s Day symbols. Many regions like America, Europe, Australia, and some Asian countries have a public holiday on this day. Roses and gifts are exchanged between lovers and people spend time with their lovers to strengthen and beautify their relationship. On the other hand, there are still some countries like Pakistan, Saudi Arabia, Indonesia, Iran, and Malaysia where celebrating Valentine’s Day is not encouraged and many couples are arrested on the charges of spreading immorality and adultery. Nevertheless, this trend is getting popularity throughout the world and many people in the latter mentioned countries have also started celebrating Valentine’s Day on February 14.

There are many legends (stories) among Christians which are considered the source of Valentine’s Day. The legend of St. Valentine is although wrapped in a mystery, but it is considered the origin of the celebration of this day. February 14 has been celebrated as Valentine’s Day among Christians and Romans since early times. According to the Catholic Church, at least three saints named Valentine or Valentinus were crucified on this day. There are many legends (folktales) about Valentine in Christians and Romans like he was a Roman priest in Rome during the 3rd century ACE according to one famous legend (folklore). Emperor Claudius II outlawed the marriages of young men thinking that young men without families or wives prove stronger soldiers. Priest Valentin defied the emperor and kept arranging the marriages of young lovers. Disobedience of the emperor disclosed and the priest was put to death on the decree of the emperor. He martyred on February 14. Some other tales suggest that he was actually Saint Valentine of Terni who was beheaded by Claudius II on February 14, and he is the person whom Christians remember on this beautiful day. It is also possible that they both are the same person or otherwise. One more story is about a Valentine who was executed by the Romans for helping Christians to run away from Roman prisons. The story that appeals the most to lovers is about Valentine who was in love or a relationship with the daughter of his Roman jailer when he was imprisoned for some kind of charges. It was in 270 CE when he was sentenced and he wrote the last letter to that girl writing a phrase that has become very famous nowadays: “from your Valentine”.

It is Pope Gelasius-I who is credited with declaring the celebration of Valentine’s Day on February 14 during the 5th century AD.  The Roman festival of Lupercalia was already celebrated in the mid of February prior to Valentine’s Day and Pope Gelasius-I replaced that celebration with the celebration of Valentine’s Day. Europeans also celebrate this day because they think that birds meet in the mid of February after surviving the deadly winters of Europe. Geoffrey Chaucer also referred to this day and birds’ resurrection or reunification in his poem Parlement of Foules (1382). Chaucer’s poem has been quoted at the start of this article. Valentine messages became popular during the 1500s and printed Valentine cards were sold and bought during the 18th century and after that. Nevertheless, we can say that the origin of Valentine’s Day is nowhere except Europe and Christianity although it is celebrated worldwide currently.

Roman god of love Cupid, birds (especially dove and pigeons), and figures or sculptures looking like the heart are some traditional and popular symbols of Valentine’s Day which have been being exchanged among lovers for centuries. A famous phrase “to my Valentine” or “from your Valentine” is also considered the symbol of Valentine’s Day.

Traditionally, sculptures of pictures depicting god Cupid, beautiful birds, and heart-shaped figures along with candies and sweets were considered the most suitable gifts for Valentine’s Day. Later on, the trend of offering roses and teddy-bears along with handwritten notes also became popular. Presenting Valentine’s Day cards to lovers as tokens of love is still a norm. Moreover, lovebirds give many other gifts to their lovers along with cards like a ring, wallet, watch, or any other thing that he/she thinks would prove a beautiful surprise for his/her lover. Many couples get engaged or married on this day nowadays whereas some others arrange trips, tours, or night meetings as Valentine’s Day gifts.

“For this was on seynt
Volantynys day
Whan euery bryd comyth
there to chese his make”.
(Parlement of Foules, 1382) by Geoffrey Chaucer