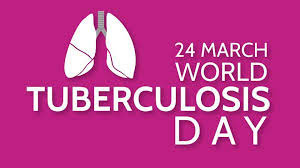 March 24 is observed as the World Tuberculosis Day by the global community under the leadership of the United Nations Organization (UNO) and its instrumental institution World Health Organization that has been established for health-related issues. TB has a long history of killing humans in Europe, America, Asia, and Africa. The world has fed up with the deaths caused by TB therefore the global leaders have incarcerated a global plan to eradicate TB once and for all. The UN General Assembly adopted the resolution A/RES/73/3 that explains that the world community is committed to ending TB by 2030. (The whole document of resolution is available here)
World Anti Tuberculosis Day is designated to spread awareness among the masses about the lethal disease tuberculosis (TB) and to ask the global leaders to take serious actions to control this disease because many people suffer due to TB throughout the world and thousands of them succumb to death also. Once there was a time when the disease was killing only Europeans, but now it is affecting different communities throughout the world. World Health Organization (WHO) has started a formal crusade against TB and the organization is committed to fighting against it until it perishes away.

The global community has sustained the theme for World TB Day 2022 because they think that the first and foremost priority of the global leadership should be to every human being about the harms of TB after the UN has introduced Political declaration of the high-level meeting of the General Assembly on the fight against tuberculosis (2018). The United Nations and the World Health Organization are committed to eradicating TB once and for all. The theme says that it is time the world should invest against this silent killer named TB and culminates this disease from its roots so it would not haunt our descendants as it haunted our ancestors.

The theme of World TB Day for the previous year 2021 was “The Clock is Ticking”.

Tuberculosis had always been one of the leading fatal diseases of Europe and it started killing them wherever they travelled including their colonies America, Australia, India, and Africa. TB was the biggest headache for Americans in the latter half of the 19th century when a German microbiologist and physician Dr. Robert Koch discovered the cause of tuberculosis on 24 March 1882. He explained that a species of pathogenic bacteria in the family Mycobacteriaceae is responsible for tuberculosis. It has an unusual waxy coating on its cell surface primarily due to the presence of mycolic acid that helps it to function as an agent for tuberculosis. Dr. Koch’s research surprised the scientific community that convinced the global leadership in 1992 to designate a day in the commemoration of the milestone achieved by Dr. Koch. is credited with proposing that the day that was celebrated to commemorate the achievement of Dr. Koch should be declared World TB Day by global institutions like the United Nations Organization (UNO) and World Health Organization (WHO). Fortunately, the proposal was welcomed by the global leadership and the UN started celebrating 24 March as the World Tuberculosis Day.

World Tuberculosis Day is an international observance, but not an official holiday. Therefore, public institutions do not get close.
The United Nations Organization arranges conferences on the topic of World TB Day where speakers argue about the current year’s theme of the day that is “The Clock is Ticking” this year. World Health Organization (WHO) also arranges public seminars and The International Union Against Tuberculosis and Lung Disease (IUATLD) arranges its conference in Germany to commemorate Dr. Koch. News articles are published and TV programs are broadcasted spreading awareness about tuberculosis. Social Media trends are also followed by the following hashtags.