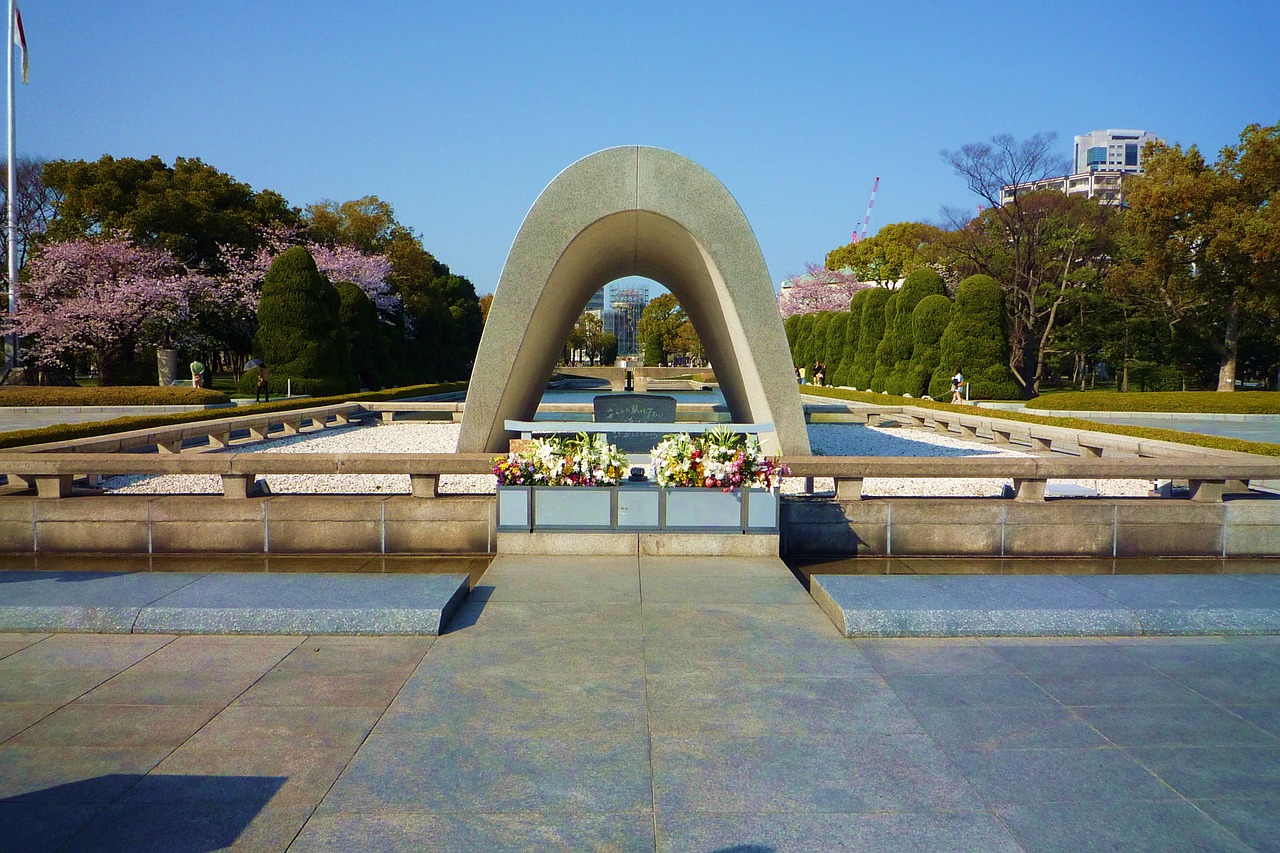 Hiroshima Day 2021 is on Friday, August 6, 2021. This day is observed annually on the 6th of August on the anniversary of the atomic bombing on Hiroshima and Nagasaki in 1945. The purpose of this day is to maintain peace and stop atomic weapons and their destruction in the world.

“If I had foreseen Hiroshima and Nagasaki, I would have torn up my formula in 1905.”……………..Albert Einstein

On August 6, 1945, the American B-29 bomber Enola Gay, dropped an atomic bomb nicknamed “Little Boy”, weighed 10,800 pounds, on the Japanese city of Hiroshima, and three days later, on August 9, it dropped another bomb nicknamed “Fat Man” on Nagasaki, killing hundreds of thousands of people and affecting many more who would suffer the effects of the radiation from the blast and the “black rain” that fell in the aftermath of the explosions.

This opened the nuclear weapon age in the history of humanity. Seventy-four years have passed since the atomic bombings of Hiroshima and Nagasaki. Approximately 2,13,000 victims died and those who survived developed, leukaemia and many types of cancer. Out of 3,50,000, the total population of Hiroshima, 1,40,000 died and 78,000 were injured. In Nagasaki, the total population was 2,70,000 out of which 73,000 died and 75,000 were injured.

Effects of Bombing on Hiroshima and Nagasaki

The residents of both cities Hiroshima and Nagasaki were mostly civilians, including many women and children. Military combatants were only a minority. Citizens were suddenly thrown into firestorms at home, factories, and schools; on open roads or on the ground; in automobiles and trams; and in city offices, hospitals, pharmacies, fire stations, and almost all city structures. Subsequently, many severely injured victims were forced to remain where they survived the first strike without being provided with any meaningful medical treatment. Most of them died there. Thus many residential areas full of Japanese wooden houses were crushed and burned. The firestorms that continued over to the next day finally flattened city areas within a 4 km radius. According to the saddest memory of some survivors, the blast wind tore off the heads of babies who were being carried on their mothers’ backs in the traditional Japanese way. Most of the mothers also died soon. The people within 1 km of ground zero who finally survived were mostly those who were working inside a concrete building with thick walls or in a basement. Some other survivors were inside private air-raid shelters or military arsenals set in large shelters. Heat rays were effectively blocked by the walls, and radiation and blast were partially shielded before victims were exposed, thus allowing them to survive. But there were only a few hundred of these people. Many of those who survived at various proximal points were severely injured by debris and pieces of glass from damaged houses, heated and irradiated simultaneously. Many of them died within the first three months. Medical rescue teams perished and hospitals were all destroyed on the first day of the bombing. It, therefore, was impossible to find any meaningful medical aid. The situation was much severer in Hiroshima where over 90% of medical staff, doctors, nurses, and pharmacists were dead. The Nagasaki Medical College Hospital, the largest and strongest concrete buildings in Nagasaki City, located 600 meters from ground zero, did provide fairly good shielding effects; the death rate was relatively as low as 43%. Subsequently, 900 lives in total – approximately half of the total number of professors, doctors, nurses and medical students were lost in the entire college facility including the hospital. Most of those who survived were severely injured by the blast wind and heat ray. The hospital had completely ceased to function. Within a few days, medical staff and medical students who had survived opened first-aid stations around the margin of flattened areas.

Several small rescue teams started their clinical activities within a few days. Some surgical operations were performed for those who had severe fractures due to the blast wind. There was no good treatment for severe skin burn, especially those cases with wide areas of skin burn. There were no stocks of drugs such as antibiotics and frozen blood plasma. Only oil and ointment were used. Even drip infusions of water and electrolytes such as salts and glucose (sugar) were not available in such small ambulatory facilities.

As a result of this lack of care, many survivors who were alive on the first and second days began to die due to severe bleeding from injuries such as severe fractures, dislocations, abdominal ruptures, thoracic punctures, and scalp and brain damage and also from dehydration and lack of adequate food supplies.

Five to six years after the bombings, the incidence of leukaemia increased noticeably among survivors. After about a decade, survivors began suffering from thyroid, breast, lung and other cancers at higher than normal rates. Pregnant women exposed to the bombings experienced higher rates of miscarriage and deaths among their infants; their children were more likely to have intellectual disabilities, impaired growth and an increased risk of developing cancer.

Nagasaki and Hiroshima remind us to put peace first every day; to work on conflict prevention and resolution, reconciliation, and dialogue; and to tackle the roots of conflict and violence.   __________Antonio Guterres