International Day of Remembrance of the Victims of Slavery and the Transatlantic Slave Trade 2022 is on Friday, 25 March 2022.

Theme 2022 of the International Day of Remembrance of the Victims of Slavery and the Transatlantic Slave Trade is:
“Stories of Courage: Resistance to Slavery and Unity against Racism”
Scholars and historians find the roots of racism in slavery as, they believe, it started in America when the European colonizers brought African slaves to the Newfound. Resultantly, the differences between the two races kept increasing generation after generation and a status quo of superior-race and inferior-race emerged which led to racial rivalries. These rivalries existed in many parts of the world Europe, America, and Africa being the focal points where atrocities caused by racism were more apparent.  Modern leadership and community are committed to culminate in every kind of slavery so that racism would be abolished from the face of Earth.

Background of International Day of Remembrance of the Victims of Slavery 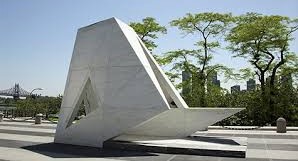 Human Trafficking scares a man born in the 21st century, but Slave Trade was far more dreadful human practice that exploited millions of people on the face of Earth. The European colonizers smuggled more than 15 million people including men, women, and children from the African continent to America and Europe. The United Nations website reads that this transatlantic trade was one of the darkest chapters in human history. Many captives were taken to the New Found Land (America) and around 95% of the captives who were brought to America were Africans. The trade was at its peak during 1501 and 1830 as the Europeans who traveled to America during this period brought four times more Africans as slaves with them. The day of 25 March is celebrated to commemorate the victims of the transatlantic trade. The global leadership at the UN platform aspired to commemorate the victims of the terrible human exploitation and installed The Ark of Return as the Permanent Memorial to Honour the Victims of Slavery and the Transatlantic Slave Trade, at the Visitors’ Plaza of UN Headquarters in New York.
(Built by Rodney Leon, Photo by Rick Bajornas)

International Day of Remembrance of the Victims of Slavery is celebrated by the United Nations Organization, International Organizations, NGOs and some countries, but it is not a public holiday anywhere in the world. Some public ceremonies are held by the national governments and intergovernmental organizations. Programs are arranged on TV against racism and anti-racism debates are also held. Column writers write articles against racism for news agencies and newspapers.

“This (slavery) is not only alarming; it is unacceptable in the 21st Century.”
(Mrs. María Fernanda Espinosa Garcés)