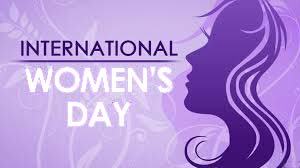 The year 2022 is critical to achieving gender equality in the context of climate change, and to reducing environmental and disaster risk, some of the biggest global challenges of the 21st century. Today, without gender equality, a lasting future, and an equal future, is beyond our reach.

This year’s IWD celebration is in recognition and celebration of the women and girls who are taking responsibility for adapting and responding to climate change and respect their leadership and contribution to a sustainable future.

The UN resolution 20 C/Resolutions + CORR (published in 1979) that was adopted in the UN General Conference at the 20th session (24 October to 28 November 1978) states that 8 March will be observed as International Women’s Day every year. The chapter “13.2 The General Conference” of the document reads: “the  General Conference invites member states to pay tribute, on the occasion of International Women’s Day on 8 March, and in other ways, to the substantial role played by women in the struggle to safeguard peace and against colonialism,  racism,  racial discrimination,  aggression,  occupation and all forms of foreign domination;”.
The UN believes that the world cannot move forward if half of the world population (women) that are still struggling to have equal rights with men is not assigned its just rights. The UN has given this task to UNESCO that is working in collaboration with other arms of the UN and many governments of the world to bring gender parity in the world. It is the result of the struggle of the UN and the other activists (including many governments and NGOs) that gender disparity is decreasing on a large scale throughout the world. It was merely a dream a few decades ago that a woman would rule a country getting popular votes, but Theresa May, Angela Merkel, Aung San Suu Kyi, late Benazir Bhutto, Jacinda Ardern, Sanna Mirella Marin, and Kolinda Grabar-Kitarović are the examples that this century is not the century of dreams rather the century of changing the global history.

Generally, it is believed that the roots of International Women’s Day are in the early 20th century when the Socialist Party of America celebrated the day on February 28, 1909, but the history of this day is more ambiguous than we think and elder than we assume. The history of this and Feminism go parallel to each other because they overlap each other. European and American women were the first on the face of Earth who spoke for their rights and against the organized institutional discrimination that was in effect. Women were writing passively against the injustice they were facing at the household, in society, and in government institutions since the Renaissance started. Some male writers were also indicating the typical patriarchal structure of society as we see in the literature, but no uniform movement or formal campaign against male dominance appeared until a British proto-Feminist Mary Wollstonecraft published her book A Vindication of the Rights of Women in 1792. It was an interesting commentary on the unjustifiable behavior of both men and women that were responsible for the marginalization of women. Mary Wollstonecraft wrote the book as being rationalist and realist and told the women that they should not ask for rights and independence unless they stop depending on men in their daily businesses.
“My own sex, I hope, will excuse me, if I treat them like rational creatures, instead of flattering their fascinating graces, and viewing them as if they were in a state of perpetual childhood, unable to stand alone. I do not wish them [women] to have power over men, but over themselves.”
(Mary Wollstonecraft, A Vindication of the Rights of Woman)
Many other women activists like Sojourner Truth and others appeared after Mary Wollstonecraft that led to the event of Seneca Falls. Seneca Falls Convention (1848) can be considered the first known event when women came out with unity and determination to demand rights equal to that of men. It was actually the start of Women’s suffrage movement that began to demand social, civil and religious rights for women although it took around seven more decades to fulfil their demands. Around 300 women gathered at the Wesleyan Chapel in Seneca Falls, New York. Elizabeth Cady Stanton was one of the convention organizers who started the meeting with the following words:
“We are assembled to protest against a form of government, existing without the consent of the governed—to declare our right to be free as man is free, to be represented in the government which we are taxed to support, to have such disgraceful laws as give man the power to chastise and imprison his wife, to take the wages which she earns, the property which she inherits, and, in case of separation, the children of her love.”
The third major development in the struggle for women’s rights appeared in 1908 when around 15000 women marched through the streets of New York. They demanded shorter working hours, better wages, and the right to vote for women. The march gained public attraction and the Socialist Party of America held the first-ever National Women’s Day after a year to the march. It was Clara Zetkin who suggested in the International Conference of Working Women in Copenhagen (1910) to celebrate an international day of women annually. 100 known women from 17 countries had come together there and they approved the suggestion unanimously. Austria, Denmark, Germany, and Switzerland observed International Women’s Day on March 19, 1911. Around a million women and men gathered to mark history. Thus, technically this year we will celebrate 109th International Women’s Day. It was not until 1917 when Russian women demanded “bread and peace” throughout the streets of Russia during WWI. Women had gathered for the first time in the history of Russia on such a large scale. They kept marching for 4 long days when finally the Tsar was forced to abdicate and the provisional Government granted women the right to vote to acknowledge their power. The date when the women’s strike began was 23 February according to the Julian calendar that was in effect in Russia then whereas this was 8 March according to the Gregorian calendar. This is the reason that 8 March is considered International Women Day because women held a historical and successful campaign on this day.
The United Nations Organization that was already in the favor of a world ornamented with gender and racial parity since its establishment embraced the idea of observing an international day of women and designated March 8 for that purpose. It started to celebrate the day with a theme and announced that it would work with the full potential to eliminate gender-disparity from the world. 1975 was celebrated as the International Women’s Year by the United Nations because UN resolution 3010 was adopted by the international community that year. Further, the UN passed a resolution 31/136 and declared the years from 1976 to 1985 as the “Decade of Women”. Later on, the UN held conferences in Beijing between 4 and 15 September 1995. The Beijing Platform for Action (1995) was concluded after these conferences which aim at removing all the obstacles to women’s active participation in all spheres of public and private life through ensuring women a full and equal share in economic, social, cultural and political decision-making. The UN has added the mission of giving women all their rights to its Millennium Development Goals and it envisions eliminating gender-disparity by 2030.

International Women’s Day is observed as a public holiday in many countries of the world including Russia, China, the USA, Europe, Australia, Canada, and many other countries. It is celebrated on March 8 throughout the world and many public activities are held on this day like rallies for women’s rights, seminars, and conferences. It is reported that the sales of flowers double in Russia during the 3-4 days around March 8. The majority of Chinese women employees get half-day leave on this day. Italy has a distinct way of celebrating this day; mimosa blossom is offered to celebrate la Festa della Donna, or International Women’s Day. Columnists write critical columns whereas many news agencies publish the latest news stating the current status of women in the world.

The official website of International Women’s Day reveals the following quotes that people are sharing:

The global community has achieved historical milestones in the struggle for the rights of women since the Beijing Platform for Action was adopted in 1995, and the current year is remarkable in this struggle. It is because it will mark many galvanizing moments in the movement of gender equality like the 20th anniversary of UN Security Council resolution 1325 on women, peace and security, the 10th anniversary of UN Women’s establishment, and a five-year milestone towards achieving the Sustainable Development Goals. Moreover, it will mark the 25th anniversary of the Beijing Declaration and Platform for Action (1995).
The next generations of women and girl leaders and gender equality activists, the women’s rights advocates and visionaries on whose shoulders the advocates and activists stand would gather here to celebrate the observance with passion, determination, and fortitude.

I.                   What are Women’s Rights?
Globally, a woman’s rights include the right to health and education, right to vote, right to choose her future, right to own property/business, right to marry the person she likes; right to sue a person or institute that harasses, humiliates, or hurts her. Moreover, the global community and the UN agree that no one has the right to force a woman for abortion, pregnancy, or genital mutilation. The global community supports the societies that allow women to use the full potential they have in their desired profession.

“I am Generation Equality: Realizing Women’s Rights”
was IWD 2020 theme. It means that the current generation, all men & women, are determined to eliminate gender-disparity as a whole. No one in this era supports women discrimination and everyone is charged to build an equal global community. All the major governmental and non-governmental institutions are united to end gender (and racial) marginalization.

IV.             What is the percentage of women in the world?
Hannah Ritchie and Max Roser published an article on the official website of the University of Oxford with the title Gender Ratio in June 2019 that reveals that 49.6% of the world population is female.