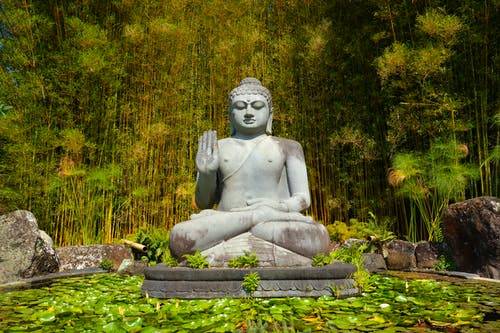 Monday, 16 May 2022 is the Date of Vesak Day 2022 or Buddha Purnima. The Buddhist Vesak Festival is annually celebrated on the first full moon of May.
All the Buddhists celebrate Vesak Day/ Buddha Day Festival across the world. They celebrate the Gautama Buddha’s birthday or the Buddha Purnima on the Day of Vesak.

What is Vesak Day/ Buddha Day

Meanings of this Day

Vesak is also spelled as Wesak, Vaisakha in Sanskrit or Vesake in Pali, in Indonesia it is known as Waisak, in Japan as Vesa~kha, in Korea, it is also called ‘Birth of Buddha’.
UN recognized the Day in December 1999 by passing a resolution to celebrate it internationally.
This is the most important Buddhist holiday. This provides an opportunity for Buddhists to gain their own enlightenment.
It is believed to be an auspicious day, the good deeds of this day return by more merits in the future, and the unwholesome deeds of this day may return as well. It is also conceded that Buddha makes an appearance in a secluded valley in the Himalayas for a brief time at the full moon of Vesak.
It is considered that Buddha’s birth, enlightenment, and death all these three events occurred on the same very day, so it is the most valuable religious day in Buddhism.
In older traditions of Vesak, all these three events are celebrated simultaneously, but in some most recent Buddhist Groups, only the birth and by some others only the enlightenment is celebrated on Vesak Day.
Vesak is purely a Buddha Day and is not connected with the Vaisakhi or Baisakhi which is a festival in Sikhism.
The festival of Vaisakhi or Baisakhi in Sikhism is upon the name of a lunar month falling in April-May.

The Event of Vesak begins with the break of dawn and the Buddhists gather in the temples. In temples they mediate on all the precepts of Buddhism, the precepts which include honoring the life, speaking wisely, showing generosity and embracing celibacy.
They are advised to eat only at the prescribed hours and abstain from alcoholic beverages, listening music, sleeping too much and adorning the body during this time.
Buddhists celebrate the day by cleaning and decorating their homes. They carry flowers, candles, incense sticks, and food to the monks.
On this day they eat vegetation food, help the poor and don’t kill insects or animals. They celebrate it by chanting, praying, making offerings and by hanging Lanterns (a representation of Buddha’s enlightenment).
A bodhi tree found in temples or monasteries is decorated with flags, lamps, and lanterns for Vesak.
In Buddhist countries painted leaves of bodhi trees with Buddha pictures are gifted to one another.
They pour water on the statue of Buddha to purify their inner evils. 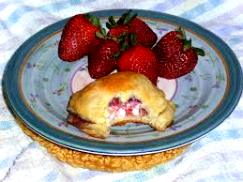 Vegetable products are used on Vesak Day because Buddhists don’t like to kill animals.
People are also advised to eat at prescribed hours.
All alcoholic beverages are prohibited on this day.

Who was Buddha? Buddha Life 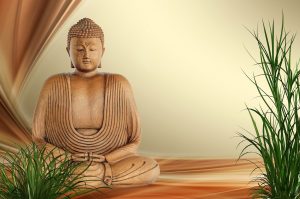 The real name of Buddha was Prince Sidharta Guatama.
Buddha was his title and can be translated as ‘the enlightened one ‘.
His father Suddhodana was a tribal leader.
Guatama Buddha was born in an aristocratic family in North India (Nepal) in 563 BCE. When he realized that everyone eventually gets old, sick and dies. He decided to wander his country in search of truth and realism. He quit his luxurious life and became a hermit. The palace where he was born and from where his wisdom emanated is now called ‘Bodh Gaya’ in Northern India (Nepal). At the age of 35, he was bestowed with the enlightenment. The tree under which he was enlightened is called ‘Bodha Tree’.
Buddha’s birth, enlightenment and death, all these three events are said to be happened on the same calendar day.
He was not born Buddha but the full and perfect enlightenment made him Buddha.
The name of this state is Nirvana (in Sanskrit) or Nibbana (in Pali) and reveals when a person sees and understands the real nature of all things.
According to Buddhism unenlightened persons, whose minds are still infected with desires get another life or re-birth. But the enlightened one who has quenched all his desires including re-birth has no more birth, and this is the state of Nirvana and this is celebrated on Vesak.
The Gautama Buddha was not a celestial being but he was a human being. The most valuable thing preached by him was ‘ Non-Violence’. Bodha died at the age of 80 years in 483 BCE. Over 490 million people or 9% of the world population belong to Buddhism, mostly of them live in the Asia Pacific Region.