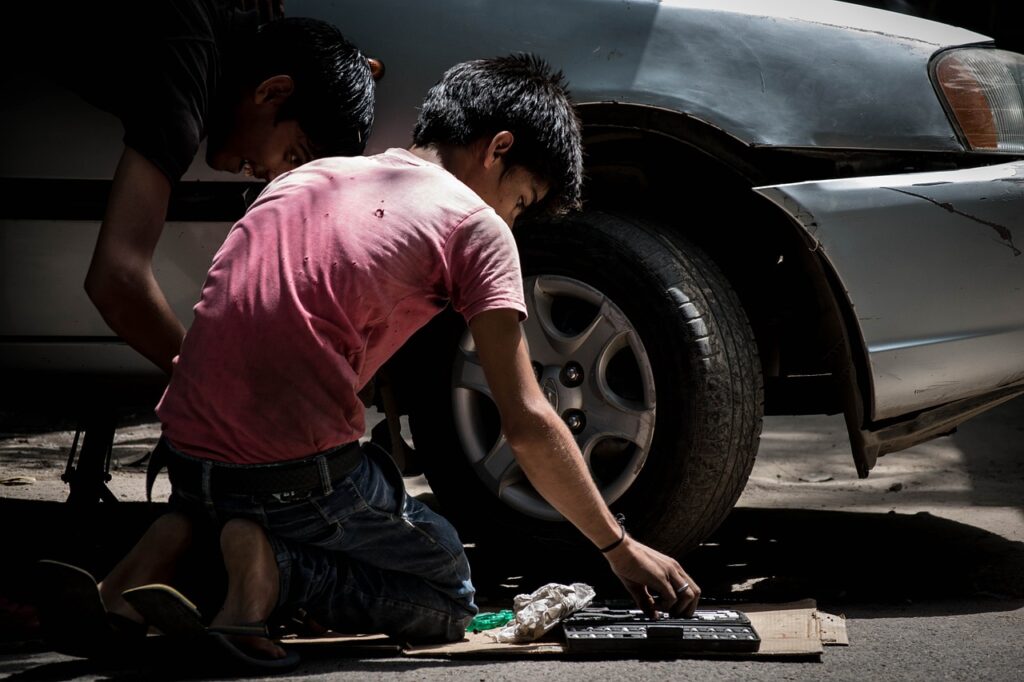 The International Labor Organization (ILO), a subsidiary of the United Nations, defines child labour as “work that deprives children of their childhood, their potential, and their dignity, and that is harmful to physical and mental development.” Anti-Child Labour Day is observed on 12th June every year and aims to focus attention on actions and efforts needed to eliminate child labour.

The theme of World Day Against Child Labour 2022 is “Universal Social Protection to End Child Labour”. Children are forced into child labour because of distinct factors; migration, emergencies, the lack of decent work available and poverty which is known as the most influencing factor (UNICEF). Due to poor living conditions, low levels of income and a lack of job diversity, impoverished families have no alternative but to put their children to work instead of teaching them.

The main states in India where child labor is present are Bihar, Uttar Pradesh, Rajasthan, Madhya Pradesh and Maharashtra. This is where over half of the country’s total child labour population works. Uttar Pradesh has the highest amount of child laborers, with over 20% of India’s child workers being residents in that state alone.

Education is an important aspect during a child’s upbringing, as it allows children to develop the necessary skills they need. However, labour at an early stage prevents children from going to school and obtaining such abilities. The most effective way to tackle child labour is to improve access to and the quality of the formal education system so that it attracts and retains children and ensures that children freed from child labour are successfully integrated into schools. Children with better educational performance are less likely to participate in the labour market. People who are illiterate do not send their children to school. Instead of sending them to schools, they force them to earn money. Thus, small children cannot get an education, as a result, they lack behind in their life. Increasing children’s knowledge and skills in a child-friendly environment can provide children, as well as their parents, with a sense of spending time in a sensible manner, and give them hope for a future as productive and independent adults. Regular school attendance provides a protective environment, a healthy discipline and reduces the time available for child labour. Early schooling is the most effective way of getting children out of the labour market and giving them the opportunity to acquire the necessary skills for finding decent work in the future. Education and training are indispensable drivers of social and economic development and democracy.