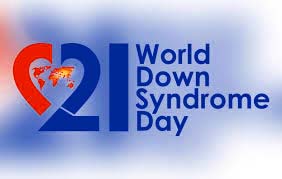 World Down Syndrome Day 2022 (WDSD) celebrations date is Monday, 21st March 2022. This special day is celebrated every year on the 21st of March since 2011 with a specific theme. This year it would be the 11th time to raise awareness about Down Syndrome and stand with the people having this genetic and bodily disorder.

Theme of World Down Syndrome Day 2022

The United Nations (UN) yearly sets the theme for commemoration of  World Down Syndrome Day, Theme of  WDSD 2022 is
“Inclusion Means…” #InclusionMeans
This theme illustrates that we should make efforts to include the people affected with down syndrome or other disabilities in all matters of life. We must not discriminate the people having down syndrome and should not think them as “ugly” due to their physical looks.

In the Previous year 2021, we had a theme,
“We CONNECT so that we can” #CONNECT
This theme demonstrates that nothing except human beings themselves are important for Connecting to each other. People having the disease of Down Syndrome must not be left alone in this era of Covid 19.

Colors of World Down Syndrome Day

What is Down Syndrome?

Down syndrome basically, is a genetic and ultimately a physical disorder that is caused by an extra 21st chromosome in the human body of 46 chromosomes (23 pairs). The people having Down Syndrome can be seen with retarded growth i.e decreased muscles, short neck having excess skin, flattened face and nose and small ears, eyes, mouth, etc. 21st chromosome, having 200-300 genes on it is responsible for maintaining body protein while any ailment in it causes muscle disorder including Down Syndrome. During the process of cell division and production of sperm and egg, an instructive impairment occurs in the 21st chromosome that causes the probability of Down Syndrome. Statistical analysis, however, shows that the chances of Down Syndrome are more in babies whose parents are either below the age of 20 or above the age of 35.

Purpose of International Day of Down Syndrome 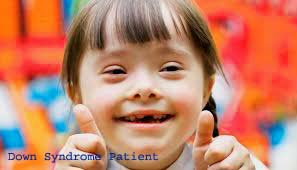 The basic purpose of World Down Syndrome Day is to show awareness among people about this disorder and to stand with those people with unbelievable attributes having Down Syndrome. This day illustrates that proper nutrition and the depression-free lifestyle of a pregnant mother is necessary. Another purpose that determines the observance of this day is to let people set a suitable age for marriages (between 25-34) so that the probability of this disorder must be decreased through these precautionary steps.

History and Background of World Down Syndrome Day

Down syndrome is a kind of disorder, that is found in all regions across the globe and without any prior reason. It is estimated that every year 3000 to 5000 children are born with such type of chromosomal disorder which threatens the world community regarding the mental and physical health of people at a larger scale and worldwide range. In 2005, the UN’s general assembly decided that in fulfilling the UN’s Sustainable Development Goal no one should be left behind and the persons with disabilities must also come forward to help the UN in its targets of Agenda 2030. WHO, which is the United Nations’ leading organization/department in terms of mental and physical health has been active and has further diversified its activities for better and unique health facilities for the tenants of planet earth. UN has also developed further departments at a broader level, for example, the Convention on the Rights of Persons with Disabilities and its Optional Protocol (A/RES/61/106) was adopted on 13 December 2006 at the United Nations Headquarters in New York. The convention was then opened for signatures on 30 March 2007. There were 82 signatories to the Convention, 44 signatories to the Optional Protocol, and 1 ratification of the Convention. This is the highest number of signatories in history to a UN Convention on its opening day. It is the first comprehensive human rights treaty of the 21st century and is the first human rights convention to be open for signature by regional integration organizations. The Convention entered into force on 3 May 2008. Such kind of motivation encourages people with disabilities like Down Syndrome and brings them to the main-stream of development and progress.

As United Nations has 17 sustainable development goals for the betterment and welfare of our globe, World Down Syndrome Day comes in the category of UN’s 10th Goal “Reduced inequality” which is a motive that suggests avoiding discrimination in terms of inequality based upon disability, gender origin, race, etc. Disability is, however, one motive in this Goal of the UN for a sustainable world.

Activities on World Down Syndrome Day 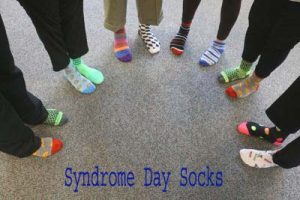 Key Facts about Down Syndrome 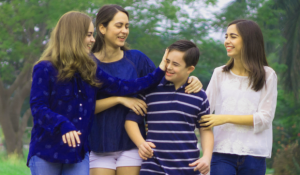