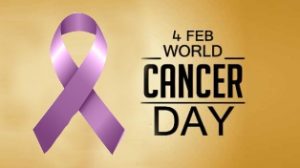 The purpose of Cancer Day is a determination to spread awareness about the calamity of Cancer and most importantly of its observance, a reminder for the whole world.

“Close The Care Gap” is the theme of World Cancer Day for the year 2022. The United Nations under its surveillance and supervision has directed the World Health Organization(WHO) to maintain the value of Cancer Day that embarked a community namely Union for International Cancer Control(UICC). UICC has suggested this theme from the year 2022 till the year 2024.

It is acknowledged to the whole world about the atrocities of the deadly but not incurable disease Cancer that snatches our beloved blood ones and human faces from us within no time. All this happens in so little time that neither a person suffering/struggling nor his near ones can comprehend the monster of this disease. The only myth that remains after such calamity is death and people start thinking and developing a sense that “Cancer means imminent Death” But accepting it all, the patient, however, obviously, suffers the most and therefore, the theme necessarily stands for them that they should be provided with proper care. We must not let this disease destroy the patients due to inequity, income, age or gender. “Close The Care Gap” significantly is a slogan that empowers and encourages the cancer sufferers to fight back with it harder, courageously and dominantly and in fact, all the themes since 2000 propagate a similar message of courage to these victims.

Sustainable Goal of UN that Describes the Umbrella-veiling of Cancer

The United Nations has 17 sustainable development goals for the betterment and welfare of humanity and all living beings on earth providing them protection, security, facilities, a tendency to progress and a fashion and privilege to survive. Among all these goals, the third one (3rd)entitles“Good health and Well-Being” which further ensures people to come out of health shortcomings and raise life expectancy. The diseases like cancer somehow with evil intentions retard and decrease life expectancy whereas, hope or passion for people to live and enjoy good health ultimately turns into disappointment, melancholy, pain and disaster. 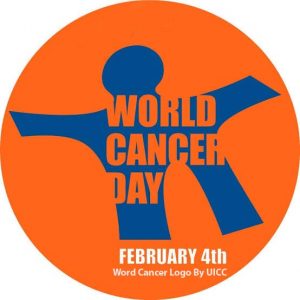 Carrying all importance, what comes next is how International Day of Cancer, demonstratively and symbolically be celebrated?

The symbolic and expressive representation for the observance of World Cancer Day may be put by wearing small loops or Ribbons whereas, Lavender Ribbons in general, as Suggested by UN and UICC are worn on World Cancer Day.

Lavender a small plant is famous for helping to relieve all kinds of aches, pains and sores. Lavender Ribbon, therefore, shows support to the people suffering from Cancer and also represents sustenance to those who spread awareness about Cancer. However, the color of these ribbons varies with the disparity in the parts of the body affected by Cancer and their observance months respectively.
Logo for World Cancer Day can be viewed where there is an orange-colored circle(badge) within which is a person with spread or hoisted arms representing and welcoming the whole humanity. The logo also intends to mean people showing support to cancer affected.

International cancer day was first established in 2000 on the 4th of February at the World Cancer Summit which was held in Paris, France. The basic purpose of this summit was to promote the methods to prevent cancer, to organize a signed-official observance, to spread its awareness, to obtain the methods of cure and prevention and to inform the remnants of this disease that may help the sufferers in a chivalrous and open manner. The summit then recognized a charter called “Charter of Paris Against Cancer”. This charter showed the concerns of the world communities especially, the United Nations about the dangerous increase in death rates due to cancer and its worldwide expansion and speedy spread. It was estimated that in 2017 9.6 million people died due to cancer, making it the second leading cause of death in the world after cardio-vascular diseases. Until now 18.1 million new cases of cancer have been added into these numbers and still increasing day by day. Thus in recent times, the outbreak of this disease has startled the whole world consequently, forcing them to find solutions to combat Cancer strongly and help the sufferers.

As the studies and researches have shown cancer; abnormal growth of body cells resulting in the damage, decomposition and destruction of vital tissues and cells causing failure in the body to reproduce those cells and hence death of whole organ or organism. What makes us most fearful are the stats showing that one in 5 men and one in 6 women worldwide develop cancer during their life-time among which one in 8 men and one in 11 women die from this disease while overall every 6 deaths are due to cancer. These stats show our reluctance to care for our health.

The real importance of observing World Cancer Day in its true essence is if we may become to make ourselves realize the steady growth and adaptations of cancer among human beings, the threat which cancer may cause to our existence, to determine not our own life but also the lives of general masses as a precious charm of the world and especially helping the people who have already come up with cancer and are in desperate need of the society to sympathize with them and to boost them up to re-live with better hope and daring. The day also helps people realize the worth of life by formulating simple resources like minimizing habitual formations causing cancer, for example, Lung cancer due to smoking and Breast cancer because of simple negligence among females regarding their body transformation. Anything uncontrollable is metaphorically called Cancer hence World Cancer Day significantly urges people to live a more controlled and hygienic life also supporting the affected people to come out of stigma and mythology that associates Cancer with death. 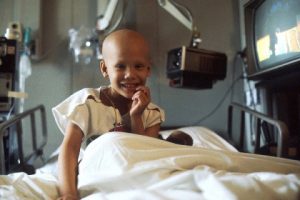 All the following activities, actions and observances on World Cancer Day are helpful sources for awareness and precautionary measures about the disease of cancer. These ideas can encourage cancer patients to fight against cancer as well.

It is often said that “health is wealth” but dear fellows it would not be wrong enough if I say health either physical or mental is the only wealth. As the statistical measurement shows that there is one death in the world in every eleven minutes due to cancer. Suppose you are given 11 minutes, would it be easy for you to accept that death is quite imminent and you will pass yourself to the next world and will never see it again? Would it be easy for anyone suffering from cancer to let himself digested by this disease? Certainly not fellows certainly not. The question is how we would spend these eleven minutes that we are left with if we may absorb the feelings of Cancer victims. Look back where I have mentioned at the start of the speech, “mental health”. Physically one is affected by cancer but mental comfort and strength are the only effects where we can spend the cause of these 11 minutes. Reality has something bitter in it that it does not let you escape, the only thing that remains with us is to face it and evaluate the worth of life in its very sense. Ernest Hemingway in his famous novel, “the old man and the sea” said, “but a man can be destroyed but not defeated”. The story by Hemingway was not about the adventures of the old man but his struggle that was totally based on the strength of mind. This mythology-based stigma can only be repelled through excessive awareness.
World Cancer Day is time for the world community to stand against cancer, let it not stand against you. World Cancer Day is the day of determination open-heartedly welcoming the cancer victims to be returned towards life. Make them again the part of the community not by just wearing lavender ribbons as a demonstration but practically soothing them like the Lavender plant itself soothes the pains. The pain that kills a victim is not the disease of Cancer itself but the isolation and separation from society. Let us promise that Cancer will no more kill our dear ones quietly and silently. Our determination and commitment will compel Cancer to run far away from us.