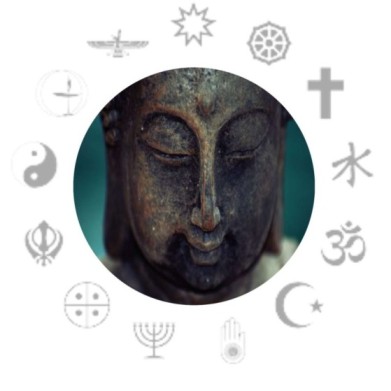 World Religion day is on the 15th of January, 2023. It is celebrated annually on 3rd Sunday of the

January. It reminds us that religions are not meant to divide us instead, they are the source to

In 1949 the National Spiritual Assembly of the Baha’is of the U.S. established World

Religion Day to encourage interreligious understanding. The first-ever celebration of the day

Purpose of the Day

The day aims to promote the principles of Baha’is faith, which is about that all individuals are equal, there is a value

dividing it. This event is an excellent opportunity for communities of different faiths to get

together, listen and respect each other’s point of view as well as belief, and celebrate the

commonalities and differences that the delicate mixture of religion and culture brings.

Official holiday or not?

There is no official holiday, and all institutes remain open.

Participate in an interfaith event

other religions, build relationships with them and hear about the philosophies of different beliefs.

These programs are great platforms for writers, spiritual leaders, and speakers to openly share

their points of view.

Most religions have a link to the culture, so why should we stop to attend an event of another

religion? It will be a different experience when you try something different

you are unfamiliar with, such as visiting a temple, mosque, or church.

Make a board of interfaith principles.

the same value can take many forms.

the idea to celebrate the day.

Take snaps with a group of people with different beliefs

to keep a memory.

awareness in people and eradicate hesitation and awkwardness in doing so.

Importance of the World Religion Day

awareness to respect every faith. The day is a great source to bring people

together. People unite and immerse their selves without any hesitation or religious restriction and

exchange their views openly. This day is a peaceful means to understand the religious

differences among different groups of communities. This day is significant for writers and

Some interesting facts about different Religions

The Wicca religion looks very ancient since it was introduced in the 1950s.

There are approximately 1.2 billion people who do not follow any religion.

Christianity is currently the most prominent religion around the globe, while Islam is the second

Some religions refuse the use of technology, like believers of Amish are living their lives even

Islam is growing very quickly in the world.

Jewish, Hinduism, and Judaism are the oldest religions in the world.

Some religions have refused medical treatment. For example, Christian Scientists refuse all

Some religions prefer to cremate their dead bodies, as in Hinduism, and some prefer to bury

Christianity is about 2000 years old.

How many religions are there in the world?

There are about 4200 religions in the world.

What are the categories of religions?

What are Abrahamic religions?

What are the Indian religions?

What are the biggest religions in the world?

There are five major largest religions in the world, Buddhism, Hinduism, Christianity, Islam,

What are different religious symbols?

Islam has the symbol of a Star and Crescent, Sikhism has Khanda, Judaism has the sign of the

Star of David, while Christianity has a symbol of the Christian Cross.

Which is a minor religion in the world?

Rastafari is the smallest religion in the world and has 600,000 believers.

Table of different religious strengths all around the world