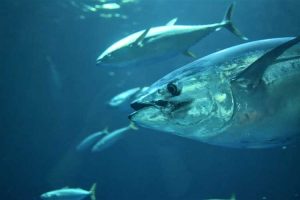 World Tuna Day 2022 is being celebrated on Monday, 2 May 2022. Tuna Day does not provoke eating more tuna fish, rather alluring attention to this valuable species threatened by a stunning demand for their meat, mostly in the form of canned tuna and sushi (a dish of tuna fish in Japan).

The global decline in tuna stocks is a symbol of recognition of World Tuna Day.

“Our Tuna, Our Heritage” is the theme of World Tuna Day for the current year 2022. On this occasion, PNA offers a video competition for the survival of tuna fish. You can share your videos to the PNA site and the winners will get a handsome prize.

‘ The Ultimate National Asset ’ This was the theme presented by Kiribati on May 2, 2017, on the occasion of First Tuna Day. In Kiribati language, this theme is translated as, ‘ The Umare Nakon Abara ‘ Which again stands for the word ‘TUNA’. This theme accentuates the significant value of Tuna for Kiribati as it is the primary and main source of the economy, food and livelihood of the country.

Why do we have a World Tuna Day? 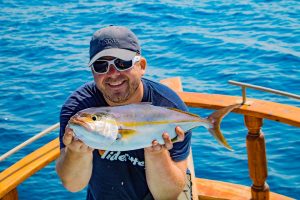 One of the most hunting marine creatures is in danger. Pacific Bluefin Tuna populations are insecure for years. An illegal and over-fishing activity by Japanese fleets begot a doom need for conservation measures to be taken to protect species like tuna. The ratio of the catch of delinquent tuna has rapidly increased over the last thirty years. Populations of tuna have declined by more than 97% due to over-fishing, which is also a significant reason for the decline of their population. Illegal fishing is also an issue that affects many species of fish. Japan who catches a huge quantity of Bluefin Tuna has exceeded the international fishing quota two months before the season ends.

Role of  PNA States for this Day

Parties of  The Nauru Agreement (PNA) ministers harmoniously declared on May 2, 2011, to be a World Tuna Day. PNA members are the eight Federated States of Micronesia, Kiribati, Marshall Islands, Nauru, Palau, Papua New Guinea, Solomon Islands, and Tuvalu. PNA member states control 25% of the world’s tuna supply. Among the Pacific Islands and particularly PNA members that control the world’s largest tenable skipjack tuna fishery, tuna fish is a basic source of revenue and a significant food item for these island populations.

Tuna is a delectable fish. Tunas are splendid creatures, with torpedo-shaped bodies that are ideal for speedy swimming, the bluefin tuna can travel up to 45 mph, dive 4000 feet and their age is up to 40 years. Pacific bluefin tuna become mature between the age of 3 to 5 years, at this age their size is about 4 to 6 feet long. The largest tuna caught so far has a size of 9.8 feet and weight is 990 lbs. 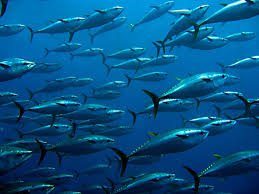 Adult female tuna fish of average size can spawn about 5 million eggs yearly. The length of female tuna affects her fertility, and an eight-foot lengthy tuna can spawn 25 million eggs yearly. Mostly, tuna species are warm-blooded, they can jump high out of water. They travel in huge schools, yellowfin tuna are fiercely loyal to their schools. Tuna has been known to team up with dolphins for protection against sharks. Pacific Bluefin Tuna breed in Western Pacific waters and migrate to Eastern Pacific waters. This creates a challenging situation to protect such a high leveling migratory species.

What can we do for the protection of tuna fish?

One of the most hunting marine creatures is in danger. Pacific Bluefin Tuna populations are insecure for years. An illegal and over-fishing activity begot a doom need for conservation measures to be taken to protect species like tuna. The ratio of the catch of delinquent tuna has rapidly increased over the last thirty years. This over-fishing has decreased the populations of tuna by up to 97%. Illegal fishing is also an issue that affects many other species of fish. Voices of organizations and activists play a positive role in protecting the environment but as a consumer, we should change our priorities for eating fish, and we should avoid Bluefin Tuna rather we can enjoy the other seafood options such as Albacore tuna Yellowfin tuna and US Atlantic Wahoo, etc. Make a commitment on this World Tuna Day, not to purchase Pacific Bluefin Tuna. By making good seafood purchasing choices, we can be a part of the change needed to protect this species. By following the organizations like Safina Centre and Pew Charitable Trust, we may learn to help further.