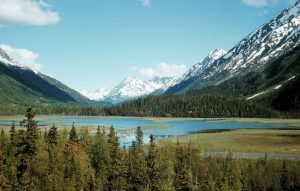 International Mountain Day (IMD) is the UN’s observance and the holiday is only in Japan.

Mountains are the most attractive part of tourism. The Covid-19 pandemic badly affected the sector of tourism, which created a crisis of economic and livelihoods for mountain communities. The United Nations is ambitious of mountain tourism by creating this theme.

Celebrations of International Mountain Day will encompass the rich biodiversity of mountains, as well as address the threats they face.
Mountains have a major volume in the landscapes of the world.
Biodiversity encloses a variety of ecosystems, for instance, mountain people in Pakistan are rich in livestock, animals, genetic resources and mountains have many endemic diversities.
Factors like climate change, unsustainable farming practices, logging, poaching, commercial mining and natural disasters have caused heavy damage to mountain biodiversity.
The sustainable management of mountain biodiversity has been recognized as a global priority. as the United Nations has declared 2021 to 2030 the UN Decade on the Ecosystem.

International Mountain Day theme is a great opportunity for young people to indulge themselves in the awareness of mountain development as they are the custodians of this Golconda in the future.

The basic purpose of this special day is to create awareness about the importance of mountains and mountain people and to provoke the governments to launch urgent policies to alleviate the harsh living conditions of mountain people.

The logo of International Mountain Day is a combination of three equilateral triangles with a stripe under these. 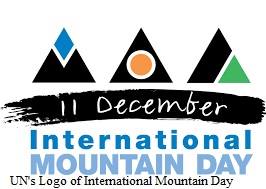 Japan is the only country that has had the holiday of Mountain Day on 11 August since 2016. The purpose of this holiday is to know the importance and blessings of mountains.

Uses and Importance of Mountains

In 1992 the United Nations conference on “Environment and Development” foresaw the implementation of its agenda “Managing Fragile Ecosystem: Sustainable Mountain Development” that engraved a charismatic emblem on the face of the history of mountain development.

On 11 December 2001, the United Nations declared the year 2002 as the “International Year of Mountains” for the awareness and importance of mountains. On 20 December 2002, the UN declared 11 December as “International Mountain Day” for the awareness of mountain development and urged the international community to hold events relating to sustainable mountain development on this date. The Food and Agriculture Organization (FAO) was appointed as the coordinating organization of the UN about this mission.

The first International Mountain Day was observed on 11 December 2003. Every year UN allocates a theme for this day.

What are the Mountains?

A mountain is made from rock and earth. There surface is rugged and hard to climb. Mountains are filled with forests and animals.

Mountains may have ice, snow or glacier that is hard to climb or cross. 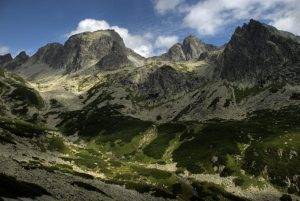 These mountains are formed by the collision of two plates of the earth’s crust by heads. The Himalayas, the Alps. the Andes, the Rockies, and the Urals are the Fold Mountains. 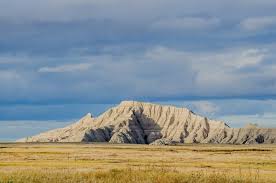 These mountains are formed when the earth’s crust forces some blocks of rocks upwards The Sierra Nevada Mountains in North America and the Harz Mountains in Germany are Fault-Block mountains. 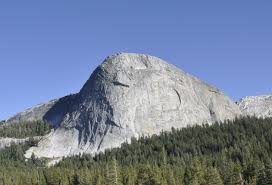 These mountains are formed when the magma(melted rock) under the earth’s crust pushes up overlying layers of rocks. 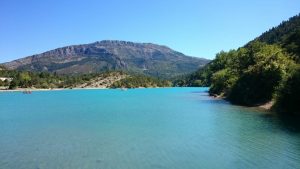 The formation of these mountains happens when magma or lava piles upon the surface of the earth, on freezing this lava build a cone of rock. 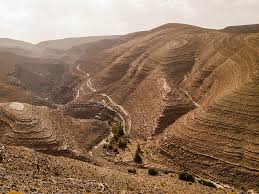 These mountains are the result of erosion, the mountains in New Zealand are called Plateau Mountains.

The Himalayas, the highest mountain range of the world is situated in Asia. The world’s highest peak Nanga Parbat is also located in this range.

The Alps is an extensive and highest mountain range in the world, lying in Europe.

The Andes is the longest mountain range in the world, situated in America.

The Rocky mountains are extended from Western-North America to Canada. This is a vast mountain system.

The Karakoram is also a great mountain range in Asia.