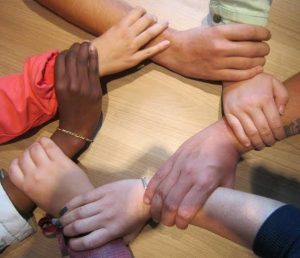 Solidarity is an awareness of shared interests, creating a sense of unity in societies. Cooperation and solidarity can pursue the aim of the UN of lifting people out of poverty, hunger and disease.  Feeling the importance and necessity of solidarity, the United Nations purposed 20 December of each year as International Human Solidarity Day in 2005.

The theme and basic purpose of International Human Solidarity Day are to eradicate poverty and promote a culture of cooperation, equality and social justice, which tends to being and social development, particularly in developing countries.

Solidarity Day Theme is not changed every year by the United Nations.

On 22 December 2005, the General Assembly of the United Nations revealed that solidarity is one of the basic pillars of the relationship among people of the world in the twenty-first century. The United Nations emphasized upon governments to maintain equality and social justice among people for the eradication of poverty and decided to celebrate 20 December of each year as Solidarity Day.

Earlier on 20 December 2002, the General Assembly of the UN has established the World Solidarity Fund for the eradication of poverty that became a Trust Fund of the UN’s Development Program in February 2003.

The UN symbol of international being Solidarity Day is the sketch of four humans encompassing the earth with their arms collectively. The sketches of humans are of different colors which is the symbol of unity and solidarity.